Why Be a One-Man Band ?
Home » Uncategorized » Why Be a One-Man Band ?
Why not do it the proper way?
Join a band, practice, have fun, connect, respond to each other, create your special vibe.
The 2020 answer is obvious – COVID-19.
We can’t gather together & meet, can’t perform and as band members we are probably one of those who suffer the most from this horrific situation. What can be better than having your own private band living with you at home? 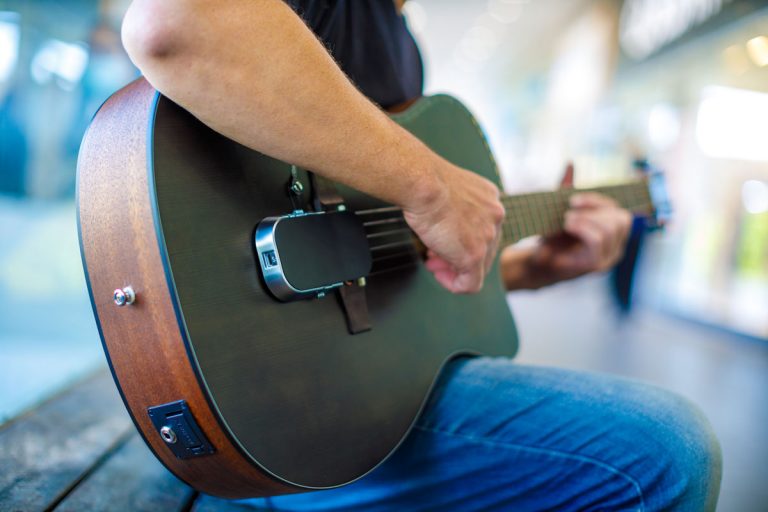 That answer is nice & simple and might help us with marketing, but to be honest, OMB guitars is out there way before the pandemic came into our lives. I strongly believe technology enables you as a musician to become better, connect in an easier & smoother way with your fellow band members. Understand the way a band acts – what are the parameters and guidelines that make it work: balance, tempo, get exposure to different genres, ones you would have never thought you’d be playing,
As a kid, my parents sent me to piano lessons. I was OK – nothing more, probably even less. With limited time to practice, I was only able to bring myself to a certain level. There was like an unseen barrier I was just unable to cross. It became boring, practice had become a burden, I started skipping classes and was on the highway to quit playing forever. I literally can’t imagine how my life would have looked if I wouldn’t have been invited to my friend’s house one afternoon to see his new keyboard.

We are talking here about the 80’s – really really bad sounds of synth or something that pretends to be a piano, a violin or an accordion, nothing further away from the pure piano and guitar sound I’ve been used to. I was not expecting anything out of this small make-believe toy, yet the minute my friend pressed the start key and asked me to play a chord, my moth went wide open and didn’t close until 3 years later when I finally convinced my parents to get me one. I know, it sounds weird, allow me to explain.
At that same moment, when the keyboard started all my musical imaginations came through. Here I am pressing only one chord with my left hand, no sophisticated arpeggios, no hand pains and a full-size virtual band is playing with me. I could control the tempo, the instruments, the genre. Who ever heard of reggae or Celtic jigs before, big bands, 5/4 and so many more. I would have never been able to play those styles on my piano with the skills I had. I was immediately exposed to so many different musical genres and was able to play all of them right away, I found an accompaniment to any song I wanted. I could safely say Casio, Kawai, Roland, Yamaha and later on Ketron arranger keyboards were my best music teachers. I became better, some say even good at piano, band leading, composing, producing. In no time, there was no musical genre too challenging.
I see why some people say playing this kind of arranger is a compromise. It could sometimes sound artificial, if you are not experienced it could be repetitive but it is the other way around. Not only is it not a compromise, those keyboards allow you to grow, understand music and learn about the place of every instrument in the band. How to work different time measures not to mention music production.
Years pass by… I become a successful band leader, play thousands of events of all types, and I learn that it is most likely to find keyboardists in the front. Whether it’s music production, arrangements, composing, conducting, recording, etc. there is always someone with a strong keyboard background. I believe one of the reasons is the lack of exposure of most music students to a wide selection of musical genres.
The thing that sparks your imagination, that allows you to fly, to dare and try, is not present enough when learning other instruments. Focusing on finding your sound and perfect your technique will make you play better but would it make you a better musician? 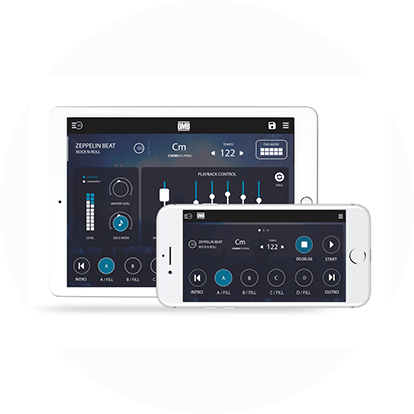 OMB guitars is not a tool, meant to have you throw away your band members so you could play alone – the real treat, the one that hides under the surface is the private, best, quickest teacher you’ll ever have. You will immediately find yourself comfortable playing a genre you have no experience with.
The door will open to a new world of musical sounds you never know a guitarist is capable of.
You’ll understand music better – feel it better, explore and most importantly have fun.
From now – not only keyboardists!
If you liked my article,
please send me the word “Love” – Here
Benzi Thee, OMB Founder & CEO

OMB is a patented technology and trademark, any use of this material is for company use only.
Built by Lemur Creatives
Scroll to top

How About $15 OFF to Start Rocking?